The film starts with Akhil Lokande getting paid for doing an ad, where he gets into a fight, as he wasn't paid the full amount of money that they had promised. This continues with a few other ads, where Akhil constantly ends the fight when he gets a phone call, and says he has to go somewhere. He then arrives on a shoot where Saakshi is shooting for her television series. After her shoot lets out, they go for a walk around the park, observing other couples. At the end of their walk, Akhil proposes to Saakshi. Akhil and Saakshi go to her father's house, where they are told that until Akhil becomes rich, he can't marry Saakshi. Akhil goes to his film-obsessed friend's shop. He tells him that he is going to visit his father at the hospital because he has chest pain. However, his father, is actually acting and is dancing around with the nurse, only staying in the hospital because it has service like a 5-Star hotel. Akhil arrives just in time to hear and see this, and goes to beat up his father, when he reveals that Akhil is adopted and his real father wasn't ready for a child so his mother left, but was killed in a train crash. Luckily Akhil survived, and was sent to his adoptive father. Then Akhil beats him up. He goes back to his house, and opens the chest that he never had before, which contains love letters from his real father, to his mother, and a locket with his father and mother's pictures. He discovers that his father is Pannalal Johri who is a billionaire in Bangkok. Right as he finds this, on the television comes news that Pannalal Johri is dead and his 3000 crore's will go to anyone who can prove that they are related to Pannalal Johri. After arriving at Johri mansion, his father's house at Bangkok, he discovers that a dog named 'Entertainment' is the owner of Johri's property. They try to kill Entertainment, by having Akhil become Entertainment's caretaker, but fail. Saakshi and her father surprise Akhil at the mansion, and discover that Entertainment is the heir, causing the father to declare that Saakshi will never marry Akhil. At this time 2 brothers, Karan and Arjun, the 2nd cousins of Johri, escape jail. Karan and Arjun want to kill Akhil, because they figure that the dog will die in a couple of years anyway, so while Akhil is attempting to kill Entertainment, by drowning him under a thinly iced lake. Karan and Arjun hit the ground at the same time as Akhil causing him to nearly fall in, but Entertainment saves the former, and falls into the lake instead. After a lot of efforts Akhil fails to save entertainment but suddenly entertainment comes out of the water and they develop feelings for each other. Akhil realizes his mistake and leaves the mansion. Karan and Arjun, citing that their lawyer knows the judge very well, inappropriately acquire the property from the Entertainment- the dog.
Akhil learns this news and returns. He vows that he'll get the property back for Entertainment. Akhil's strategy is to divide and conquer. He manages to get a job as a servant at the Mansion, now owned by Karan and Arjun. Akhil attempts to split the two brothers, first by introducing Saakshi who seduces the two brothers separately. However, the scheme fails as background music rejoices the two brothers. Akhil again attempts trying to split two brothers, this time by introducing a false impression of ghost of Entertainment-the dog. The two brothers quarrel and accuse each other of illegally disguising as Entertainment. Akhil's friends tape this conversation slyly, however, the CD drops and Karan and Arjun realize that all this was planned by Akhil.
Entertainment runs with the CD. Karan, Arjun and their gang chase the dog, Akhil, and his friends. Akhil manages to beat them all. Later, Karan shoots Akhil, but Entertainment takes the bullet by jumping in front of Akhil. Akhil gets angry and beats up Karan.
Entertainment is taken to the hospital and saved after the operation. Karan and Arjun come to apologize and are forgiven. Akhil and Saakshi get married while Entertainment also marries a female dog. It is shown that Entertainment and the female dog are helping Akhil and Saakshi's kids and vice-versa.
Subscribe now for the latest Bollywood Funniest Scenes and Songs goo.gl/RYjWbK
Log On To Our Official Website : www.lehren.com 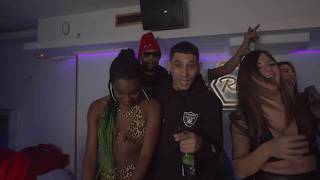 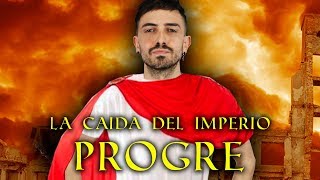 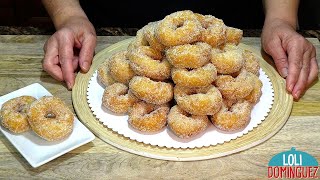 Rick and Morty: The Other Five (Official Trailer) | May 3 | adult swim